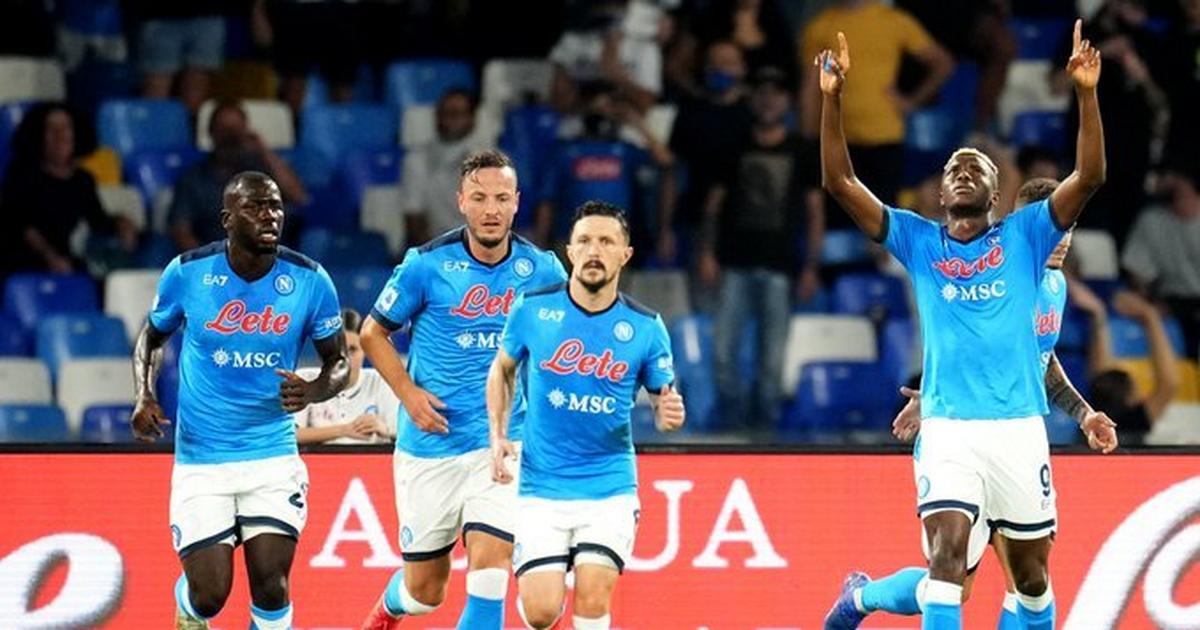 Osimhen came off the bench to score the decisive equaliser as Napoli shared the spoils with Cagliari following a 1-1 draw.

After a goalless first half, Gaston Pereiro gave the hosts a deserved lead when he broke the deadlock just before the hour mark.

Nine minutes later, Luciano Spalletti, the Napoli manager, made triple changes with Osimhen one of them as he looked salvage something out of the game.

The Super Eagles forward went on to net the equaliser three minutes from time to earn his club a point on the road.

The goal took his tally this season to 7 goals in 16 Serie A appearances for Napoli. He has now been involved in 11 goals in all competitions this campaign.

Napoli were fortunate to leave the Sardegna Arena with a point tonight after a very poor performance against Cagliari,

The Casteddu dominated most of the game and created the better chances and will be disappointed they failed to hold on to what would have been a deserved victory and their first in the Serie A since January 11.

For Napoli on the other hand, a second successive draw sees them slip further in the title race, missing the chance to go leapfrog leaders AC Milan.

The Partenopei stay third on 54 points, same as Inter in second and two adrift of leaders, Milan.

I was misquoted - Tinubu clarifies 'I'm ready to get dirty' speech