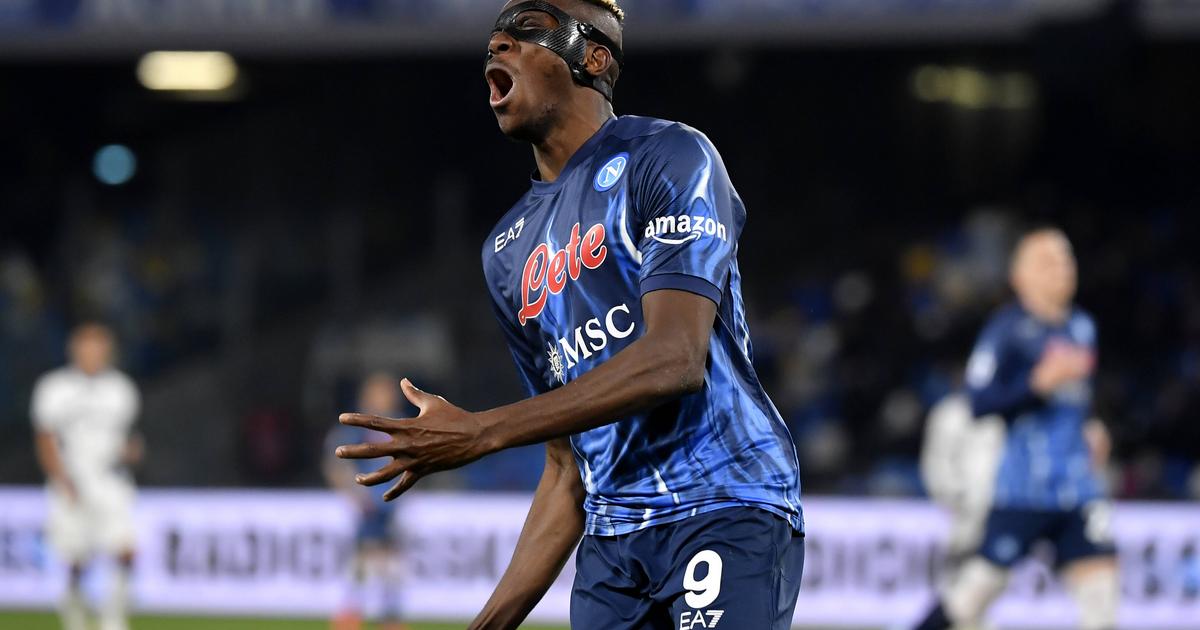 There is a routine that is increasingly noticeable whenever Victor Osimhen – and Napoli – take the field.

Whether the Nigeria international scores or not, the online discourse by the final whistle is dominated by people decrying the selfishness of Napoli’s other forwards. Osimhen’s frustration, often signalled by an exasperated throwing up of the hands, indicates he is of the same mind, and in fairness there is evidently some truth to the notion.

Perhaps ‘selfish’ is too strong an expression, but there is a sense with Lorenzo Insigne and Matteo Politano that they are more preoccupied with creating shooting opportunities for themselves. Some of that is simply a byproduct of playing on the ‘wrong side’, but not all of it is: these two have and will actively pass up opportunities to find the n.9 in a lot of scenarios, a predilection that is difficult to understand considering how selfless Osimhen is by contrast.

However, perhaps we are coming at the discussion from the wrong perspective.

Lest we forget, these players – Insigne and Politano – are far from scrubs. Both are Italy internationals; the former, in particular, was instrumental in Italy’s triumph at last summer’s Euros. Also, it is a little harder to make a charge of selfishness stick when, over the last decade, Dries Mertens has eclipsed Diego Maradona to become the club’s record goalscorer playing alongside Insigne.

Well, perhaps the issue lies, not with the supporting cast, but with Osimhen himself.

To put it simply, if Osimhen wants the team to follow him, he must learn how to be the leading man and start acting like it.

Picture Osimhen in your mind’s eye, and there is a good chance the mental image that pops up is not of him scoring, but him haring around chasing the ball.

The willingness to stick your head where it hurts and bound after every ball is an endearing quality, the type to please a crowd. However, it is not a particularly useful one for a striker: running away from goal to contest a low-percentage header in the centre-circle is unlikely to significantly improve Napoli’s chances of scoring.

It may seem counterintuitive, but the way to bend a team to your will is to not want it so much, so visibly.

A striker is the sharp point of the team and almost always its single most important player. The very best ones realise this, and carry themselves with a healthy degree of arrogance and aloofness that, ironically, means they are catered to more readily.

Case in point: when Thierry Henry was at Arsenal, he left no one in any doubt whose team it was. If he called for the ball, you gave it to him. Not because he could box your ears if you did not, but because his comportment compelled obedience.

Osimhen is like Simba in the ‘Lion King’, scrounging around for bugs, failing to understand what he is: an apex predator.

Chasing every cause and wearing your heart on your sleeve is great and all, but it betrays a player who is trying too hard to please. It is also the reason he gets so many injuries and knocks, as he goes in for everything almost without consideration.

What he really needs is a change in mentality, a healthy infusion of arrogance. He needs to realise how good he is and can be. Once that knowledge is internalised, it will change not just his gait and style, but also the team around him.

A man is not a leader because he leads; he leads because he is a leader. If Osimhen convinces himself of what he truly is, the rest of the team will follow him.