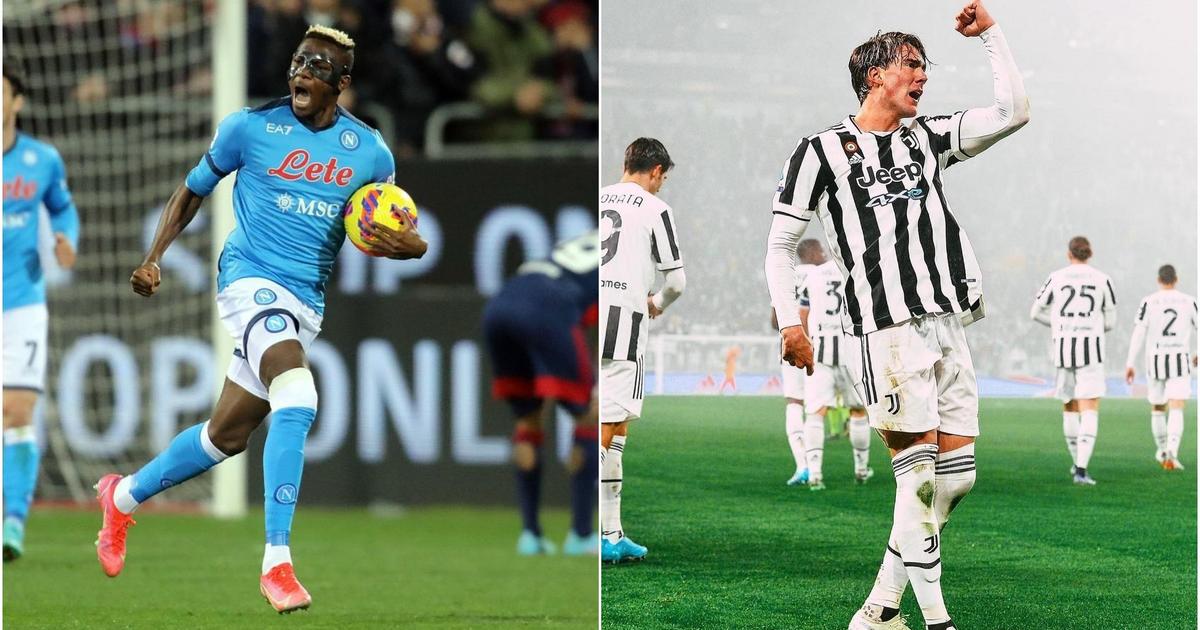 Both players are in the Italian Serie A with Osimhen leading the attack for Napoli while Vlahovic recently joined Juventus from Fiorentina in the winter transfer window.

Osimhen is 23-years-old while Vlahovic is a bit younger at 22-years-old.

Both strikers have been in good form for their respective clubs which prompted a debate on who is the better player.

Former Italian forwards Nicola Ventola and Christian Vieri have both weighed in on the debate in a show on DAZN.

Speaking about the comparison between the two stars for Juventus and Napoli, Vieri stated that he would go for Vlahović

He said, ‘They are both strong, but I would take Vlahovic. Dusan scores more goals than the Nigerian right now.’

Ventola also echoed the sentiments of Vieri by backing Vlahovic against Osimhen.

He added, “I too would choose Vlahovic between the two. If I could, I would take them both.”

Vlahovic has 20 goals in Serie A this season with a total of 24 in all competitions this season.

Osimhen on the other hand has seven goals in Serie A this season and a total of 11 goals in all competitions this season.

5 Nigerian celebs whose weight loss were shocking and inspring