Home » Entertainment » “Peace like a river” – says Femi Fani-Kayode while sharing photos with his ex-wife, Precious and their first son 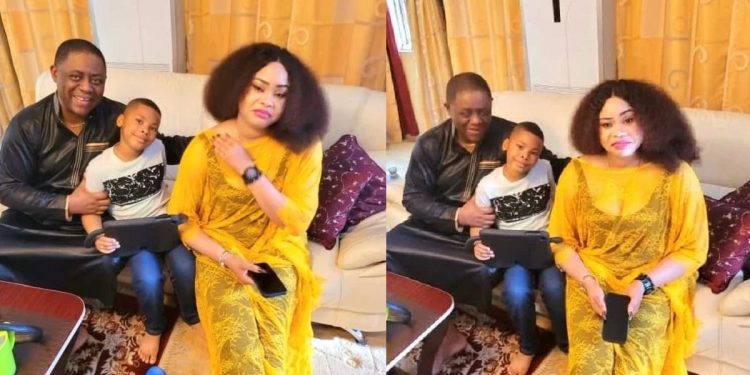 Former Minister of Aviation, Femi Fani-Kayode took to his Instagram page to share photos with his ex-wife, Precious Chikwendu, and their first son.

In the photos, the trio were spending quality time together in the politician’s bedroom.

This comes months after the estranged couple were embroiled in a custody battle, and the mother-of-four accused the politician of using his power and his influence to keep her sons away from her.

FFK has posted the pics today, August , and wrote,

“Aragorn, Mom and Dad at home a few days ago.

Meanwhile, the post has garnered different reactions from netizens wondering if the duo is back together.

@officiallynsuga wrote, “You love social media, it’s all contained for you.”

In other news, Stella Damasus advised people not to attack a victim of domestic violence to stay with their attacker.

Speaking in a video shared on his Instagram page, the 08 The one-year-old actress said it’s normal to want a victim of domestic violence to leave the relationship or the abusive marriage, but people shouldn’t ask her to stay with her abuser.

She said attacking them for choosing to stay will only make up and their problem because the abused people have been mentally beaten and their brains conditioned by their abuser, and criticizing them will only only damage them further.