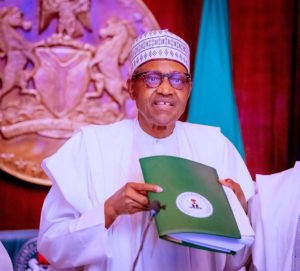 President Muhammadu Buhari has signed the Electoral Act Amendment Bill into law. The law was signed on Friday, February 25, 2022, in the presence of Senate President Ahmad Lawan, House Speaker Femi Gbajabiamila, and other officials.

The signing of Electoral Act into law. pic.twitter.com/O1nwPGiSPX

All election results will henceforth be signed by party agents and security agents before being announced and scanned at the PUs. This should make it easier to hold free, fair, and credible elections. Its effectiveness would be determined by the number of Nigerians who register to vote and keep INEC responsible.

This new electoral law has 10 major provisions that you should be aware of:

1. According to Section 29 (1), parties must have primaries and submit their candidate list at least 180 days before the general election.

2. Section 65 says that INEC can look into results that were reported under duress.

3. Section 3 (3) says that money for general elections must be spent at least one year before the election.

4. According to Section 51, the total number of accredited voters is taken into account when determining whether or not there was excessive voting at election tribunals.

5. For people with disabilities and other special needs, Section 54 (2) makes sure that they can get what they need.

6. Section 47: This authorizes the Independent National Electoral Commission (INEC) to use smart card readers and any other voter authentication technology.

7. When a candidate dies during an election, Section 34 gives political parties the power to hold a primary election to choose a new candidate.

8. Section 50 provides INEC with legal support for the electronic transmission of election results.

10. According to Section 84, anybody holding a political post (ministers, commissioners, special advisors, and others) must resign before they may participate in the election process as a candidate or a delegate.