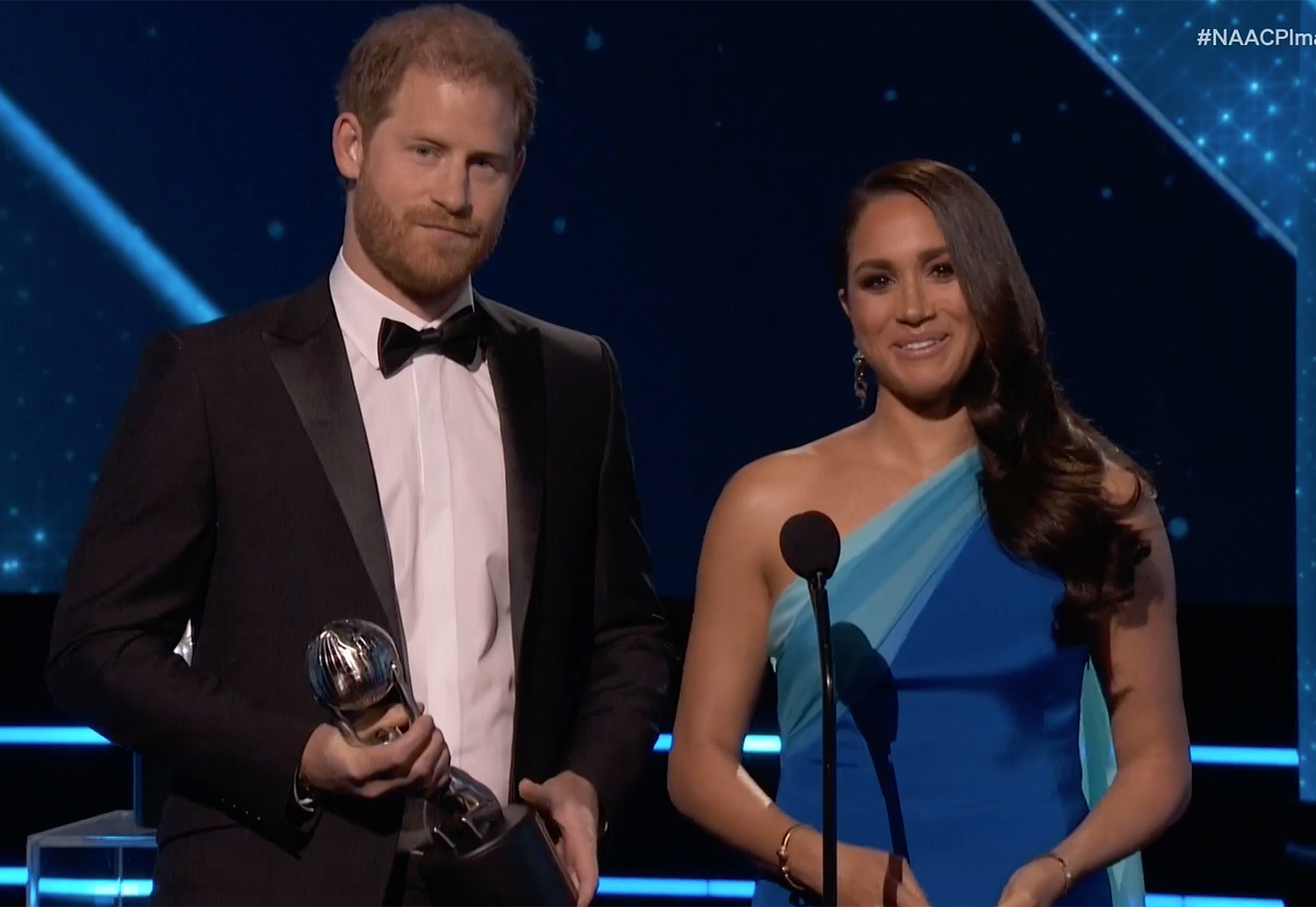 At the NAACP (National Association for the Advancement of Colored People) Image Awards last night, Duke and Duchess of Sussex, Prince Harry and Meghan Markle were honoured with The President’s Award at the event, in recognition of special achievement and distinguished public service and their work with the Archewell Foundation.

Veteran Hollywood star Samuel L. Jackson was also honoured with the Chairman’s Award at the event.

Outstanding Actor in a Drama Series – Sterling K. Brown (This Is Us)

Outstanding Actor in a Motion Picture – Will Smith (King Richard)

Entertainer of the Year – Jennifer Hudson

Other special awards winners are: