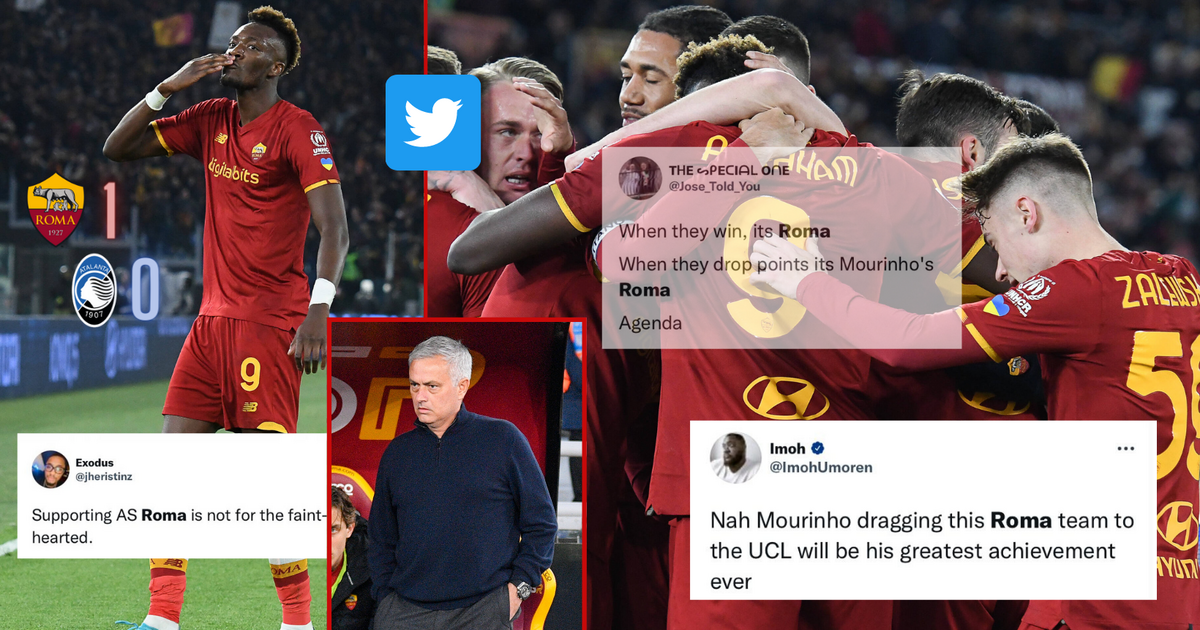 Roma striker Tammy Abraham scored the opener in the 32nd minute of the first half as the home side went into the break with a slender 1-0 lead.

The second-half was pretty much the same as Roma and Atalanta engaged in a physical battle that saw the referee show an incredible six yellow cards in the second 45 alone including two red cards to Roma’s Henrikh Mkhitaryan and Atalanta’s Martin De Roon (both of whom were already on a yellow) in the 94th and 96th minute respectively.

Ultimately, the second-half ended goalless as Tammy Abraham’s first half goal was enough to give the Roman’s a much needed win as they challenge for Champions league spots in Serie A.

Following the outcome of the game between Roma and Atalanta, mixed reactions have emerged from fans on Twitter concerning Jose Mourinho and his team.

Here are some top reactions from the match below: