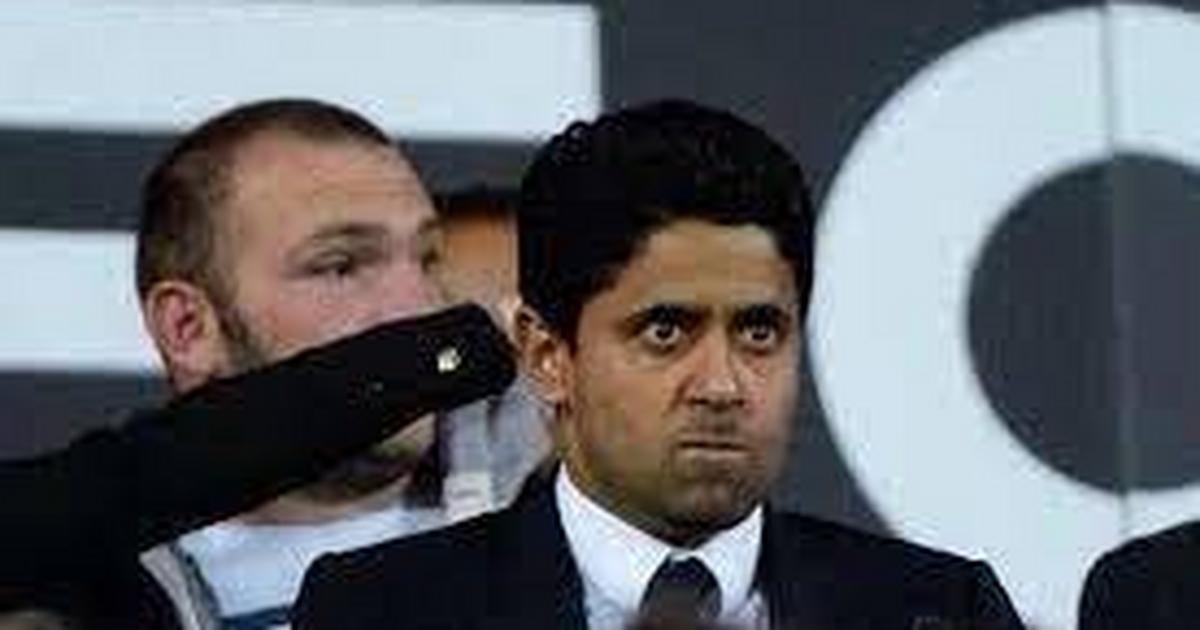 Marca reports that Al-Khelaifi stormed downstairs from his VIP box after the final whistle and went seeking the officials’ dressing room to complain about something he didn’t like during the game.


He was also seen walking angrily into the office of a Real Madrid delegate and reportedly had to be restrained by his own bodyguards.

Al-Khelaifi was incensed with the referee’s failure to blow for a foul by Karim Benzema on PSG goalkeeper Gianluigi Donnarumma in the build-up to Real Madrid’s first goal.


Karim Benzema pressured Donnarumma into losing the ball but it appeared the French striker committed a foul in the process which the on-field referees and VAR failed to spot.


Al-Khelaifi certainly spotted it and responded by reportedly slamming on the walls in an attempt to force his way into the room to confront the officials and had to be removed by security after refusing to let the matter lie.

Multiple reports claim that Al-Khelaifi acted that way in the company of PSG director of football, Leonardo.


This kind of behaviour, however understandable is unexpected of a club president and hopefully, there will be more details on the matter in the coming hours.