Reactions as Aubameyang, Adama SHINE in Barcelona’s destruction of Napoli 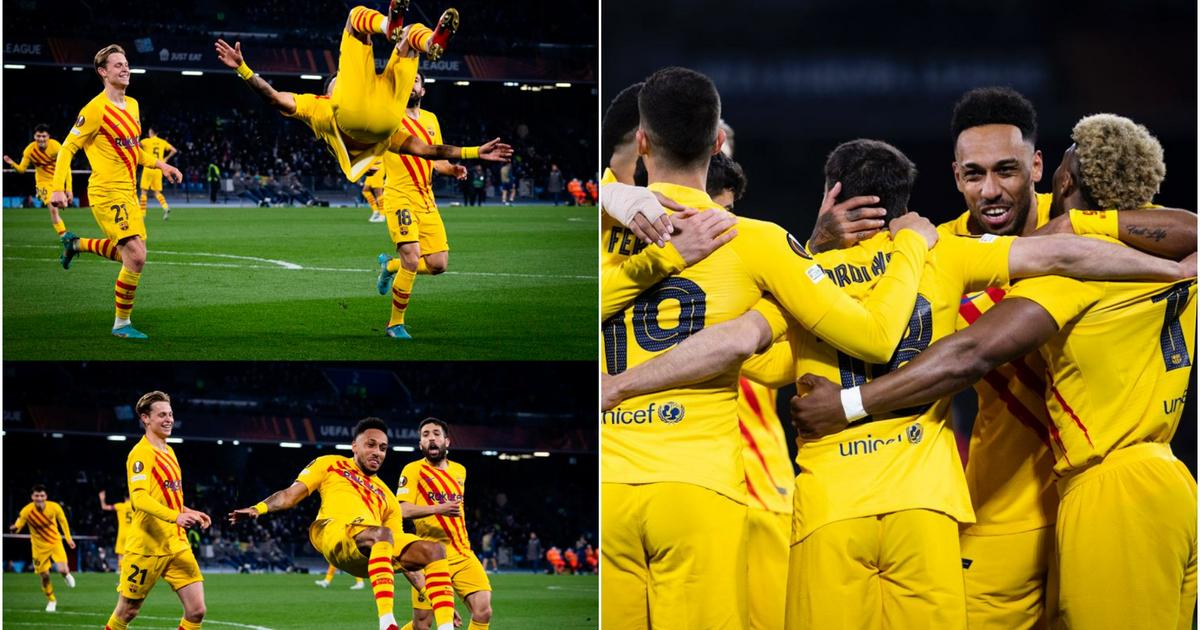 The Spanish La Liga giants were held to a 1-1 draw at the Camp Nou by Napoli in the first leg.

Napoli were on the attack to start the game which aided Barcelona to exploit spaces in their defense.

Jordi Alba and Frenkie De Jong scored in the opening 15 minutes to give Barcelona a two-goal lead.

New signing Pierre-Emerick Aubameyang scored the fourth to seal the win as Matteo Politano pulled one back for Napoli which turned out to be a consolation.

This was a huge statement victory for Barcelona as they progressed to the Europa League round of 16.

Barcelona were disgraced out of the Champions League group stage by Bayern Munich and they did not show any mercy to Napoli in an elimination game.

After a hattrick against Valencia at the weekend Aubamenyang scored again while Adama Traore provided two assists.

It was a fitting way for Barcelona to remind the world of football that they are on their way back to being an elite club under new manager Xavi Hernandez.

Barcelona fans took to social media to react to the memorable victory.

Barcelona will now continue their campaign in La Liga when they take on Athletic Club in their next fixture scheduled for Sunday, February 27, 2022.