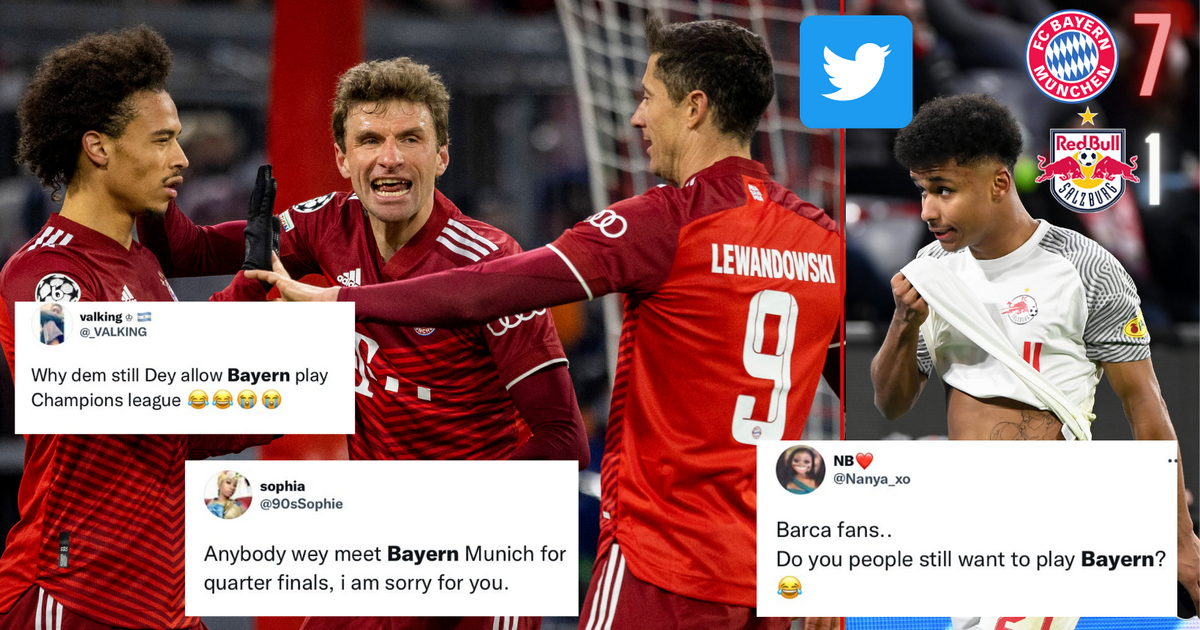 The first-leg encounter saw both sides play out a 1-1 draw previously in their Round of 16 clash.

The Bavarians got off to a flyer in the first half that saw star striker Robert Lewandowski grab and 11 minute hat-trick before Serge Gnabry extended Bayern’s lead going into the break 4-0 up.

The second-half produced more of the same as Bayern scored three more goals courtesy of a Thomas Muller brace and a Leroy Sane strike.

RB Salzburg however, did grab a consolation goal when Maurits Kjaergaard scored in the 70th minute, but the damage had already been done way before his goal came.

The win for Bayern Munich now means Bayern have knocked out the Austrians on 8-2 aggregate as they cruise to the next round of the Champions League.