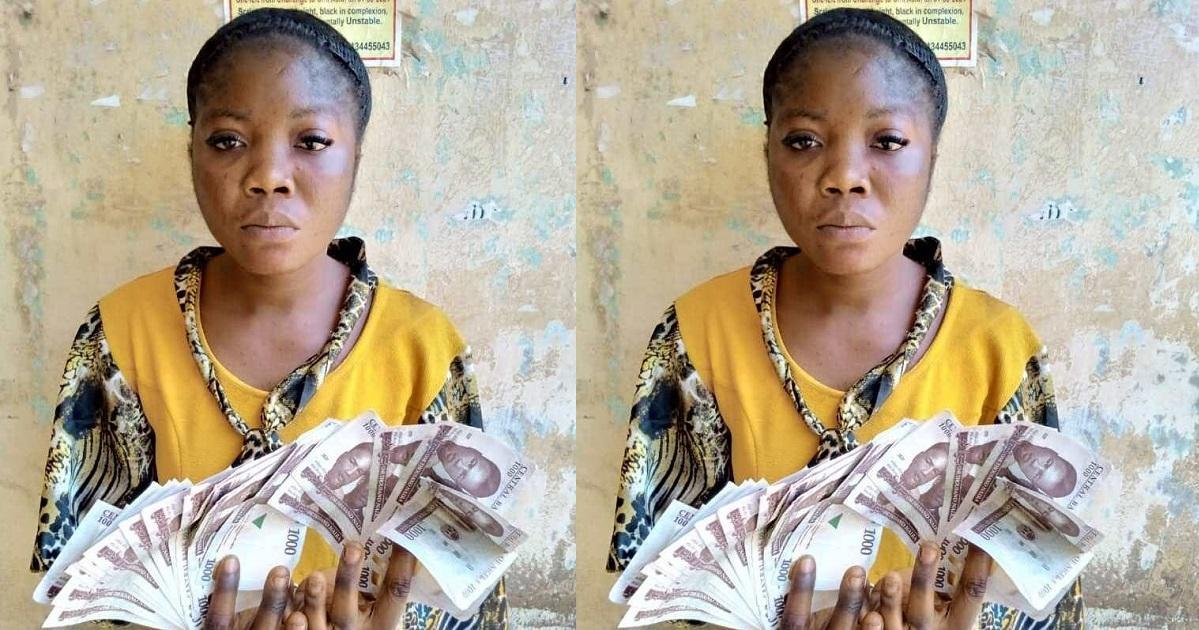 A lady who has gained notoriety for spending fake money in markets, has been arrested with N24,000 counterfeit N1,000 notes in Ogun State.

It is reported that the suspect identified as Bola Agbedimu, met her waterloo on February 14, 2022, after purchasing goods with a fake N1,000 note at Kila Market in Odeda Local Government Area of Ogun State.

According to the image maker of the Ogun State police command, DSP Abimbola Oyeyemi, her arrest was sequel to a report lodged at the Odeda Divisional Headquarters by the Chairperson of Egbalawa Crops/Fruits Association, that the 30-year-old lady was caught spending fake one thousand naira currency note in the market. 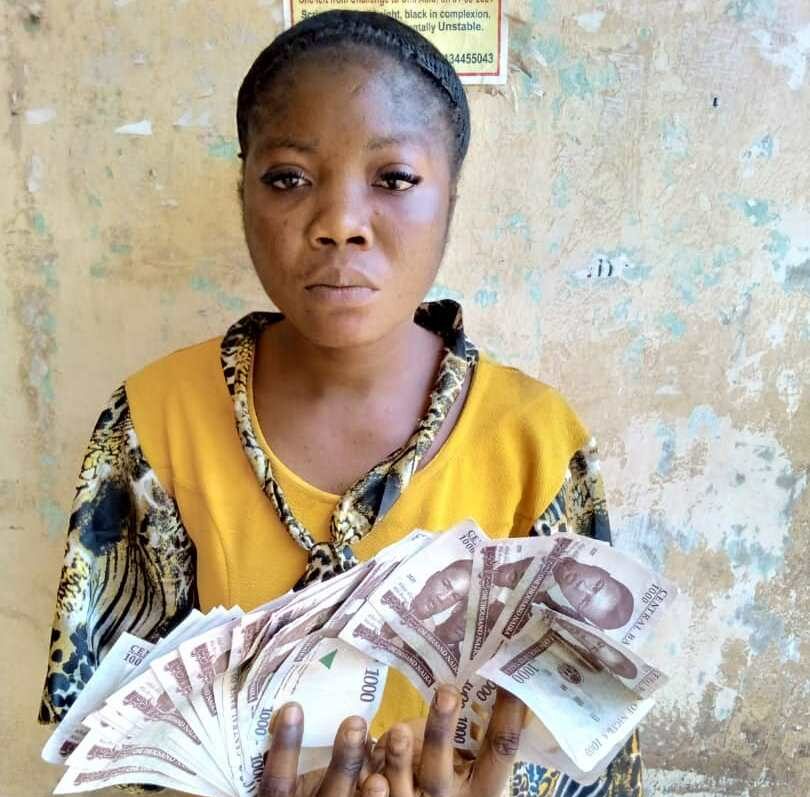 “Upon the report, the DPO, CSP Femi Olabode, detailed his detectives to the scene, where the suspect was promptly arrested. On searching her bag, a sum of 24,000 fake currency note was recovered,” he said.

The police added that the suspect, during interrogation, confessed being an habitual counterfeit naira note dealer, and that her mode of operation was to mix counterfeit notes with genuine ones to purchase goods. According to the PPRO, a preliminary investigation conducted by the police revealed that, the suspect had been arrested on many occasions at different markets within Abeokuta, the state capital.

New Music: Ecclees – You Love Me

“If I catch anybody calling himself fake Portable, I can hurt you” – Portable lashes out, threatens to beat up content creator mimicking him (Video)

“If I catch anybody calling himself fake Portable, I can hurt you” – Portable lashes out, threatens to beat up content creator mimicking him (Video)