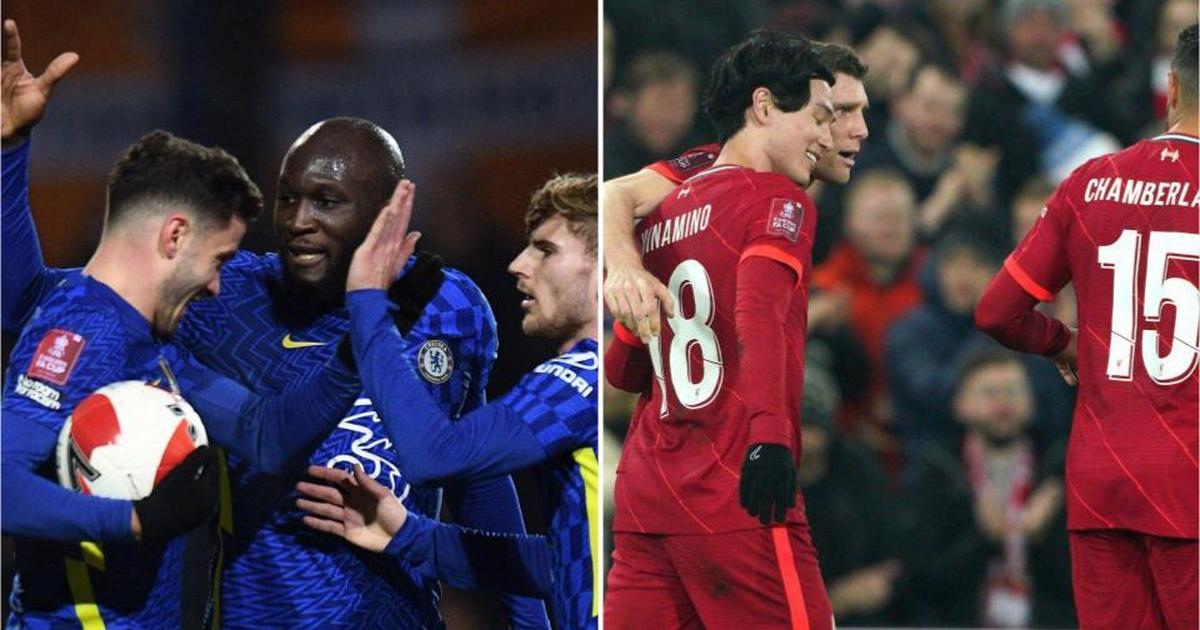 Chelsea, Crystal Palace and Manchester City all managed to squeeze past Championship opposition and into the quarterfinal but Tottenham could not as they fell to Middlesbrough in extra time.

Here are the most notable stats from the six games played so far.

Tottenham lost to Middlesbrough 1-0 thanks to a goal in extra time by 19-year Josh Coburn which means Spurs have now crashed out of the FA Cup in the fifth round for a third consecutive season.

Last season they were ousted in the fifth round after extra time by Everton and the season before that at the same stage by Norwich City on penalties.

That means Tottenham will now certainly go trophyless for 15 years, with Antonio Conte the seventh different permanent manager trying to break the curse.

Speaking of Conte, this is the first time he has failed to reach the FA Cup final in his career, although only participating in two campaigns before now when he was in charge at Chelsea.

Conte lost the 16/17 FA Cup final to Arsenal but won the next one in 17/18 against Manchester United. The defeat to Middlesbrough is only the second FA Cup defeat of any kind in Conte’s career.

Kings of the cup

Chelsea faced some unexpected difficulty against Luton even though they won 3-2, the Championship team made them earn that quarterfinal ticket.

That makes it the seventh time in the last eight editions that Chelsea have gotten to the FA Cup quarterfinals at least. It is also a third straight quarterfinal appearance for a club that has made it all the way to the last two FA Cup finals.

As for Luton, they became only the third team to score two first-half goals against Chelsea this season, sharing that distinction with Zenit St Petersburg and Liverpool, rather elite company for a mid-table Championship side.

Luton opened the scoring after Reece Burke headed home one minute and 42 seconds into the game, making it the fastest goal Chelsea have conceded this season.

Cup joy for the Kop

Liverpool beat Norwich 2-1 to book a quarterfinal spot surprisingly for the first time in Jurgen Klopp’s reign at Anfield. The last time the Reds got this far was in 2015, under Brendan Rodgers, the man who is coincidentally the reigning FA Cup winner with Leicester City.

Liverpool’s two goals were scored by their Japanese forward, Takumi Minamino who is proving to be a reliable backup option when called upon with nine goals in all competitions this season.

The notable part is that 45% of his tally for the entire season has come against Norwich and all of those goals have been in cup competitions.

Minamino scored a brace against Norwich in the EFL Cup back in September and has done so again now in the FA Cup, meaning the canaries account for four of his nine goals this season.

Minamino has scored 13 goals since joining Liverpool and nine of those goals have come in the FA and EFL Cups, which is more than double what any Liverpool player has scored within that period, he loves a domestic cup game.

Oh when the Saints…

Southampton defeated West Ham 3-1 to advance to the quarterfinals which became another historic moment under head coach Ralph Hasenhuttl who also took the Saints this far last season.

That makes it the first time Southampton will appear in consecutive FA Cup quarterfinals since they did so in the 1904/05 and 1905/06 seasons.

20-year striker, Armando Broja scored his ninth goal of the season in the game, adding his one assist this season, he becomes the third Premier League player under 21 years old to be involved in at least 10 goals this season.

Speaking of Crystal Palace, they are also through to the quarterfinals with a 2-1 win over Stoke City which means head coach Patrick Vieira remains undefeated in his last 18 FA Cup games.

Vieira is undefeated in his last 15 FA Cup matches as an Arsenal player and three as the Crystal Palace manager, last tasting FA Cup defeat in the 2003/04 semifinal against Manchester United.