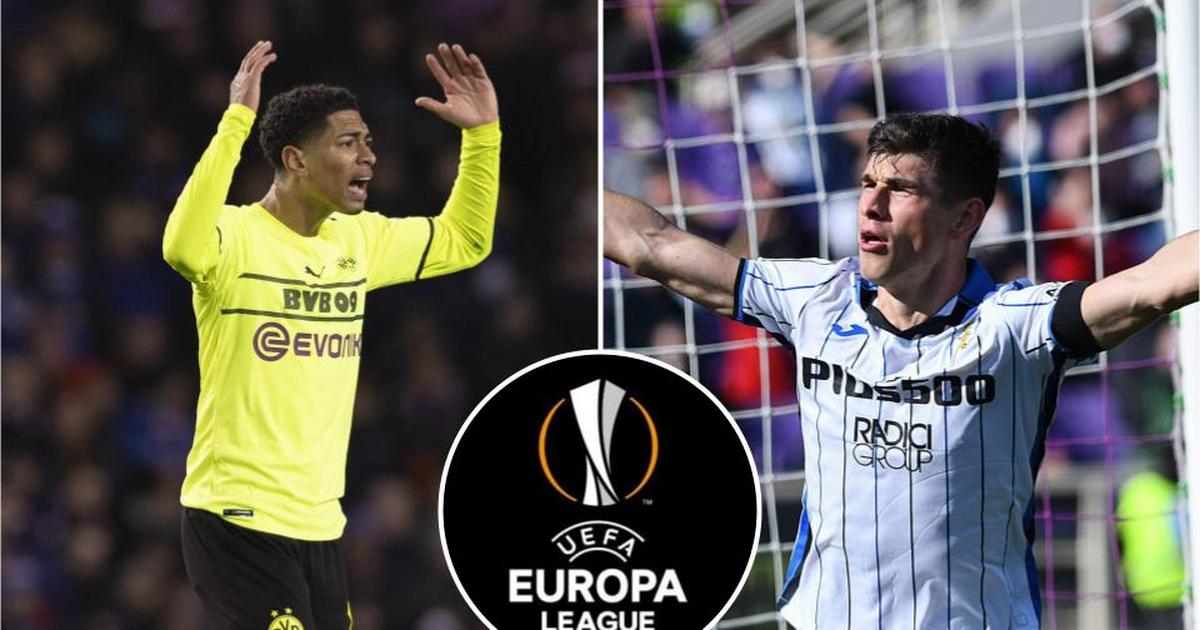 The eight second leg games tonight produced a total of 24 goals and storylines are beginning to form as eight victors advanced to the round of 16 while the vanquished are just that…vanquished.

Perennial campaigners like Sevilla and Porto held their own while newcomers such as Barcelona and Bodo Glimt proved to be more comfortable in their surroundings than expected.

Here are the notable stats from the latest round of Europa League games.

Borussia Dortmund crashed out of the Europa League 6-4 to Rangers but not before Jude Bellingham left his mark on the tournament despite only playing two games.

The 18-year old English midfielder scored and assisted a goal each in both games against Rangers, meaning he was involved in all four goals they scored.

That takes his goal contributions tally to seven with three goals and four assists, the highest among English players in both the UEFA Champions and Europa Leagues.

Atalanta went away to Olympiakos protecting a narrow 2-1 lead from the first leg and without a recognised striker in their lineup but they had one of the deadliest shooters in the world, Ruslan Malinovskyi.

The Ukrainian midfielder scored twice to seal a 3-0 win, the second one was a trademark left-footed shot from outside the box, a thing of beauty.

Only Lionel Messi with 21 has scored more goals from outside the box within the period.

Sevilla are the most successful team in Europa League history and are favourites to win it again this year which is why they deserve their own segment, here are all the Sevilla-related stats in one place.

Sevilla defeated Dinamo Zagreb 3-1 at home but fell to a 1-0 loss in Croatia but they still qualified 3-2 on aggregate to further extend their 10 game streak of qualifying in the UEFA Cup/Europa League after winning the first leg.

Jesus Navas played his 50th UEFA Cup/Europa League game against Dinamo Zagreb which places him fourth on the all-time appearances made in the competition for a Spanish side.

He now has a chance to equal the record of 52 games set by Bruno Soriano of Villareal if he plays in both round of 16 games against whoever Sevilla’s opponents.

Still on Sevilla’s 1-0 loss to Dinamo Zagreb, Lopetegui’s men had 15 shots, which is the most they have shot without scoring in a game this season across all competitions.

Reactions as Aubameyang, Adama SHINE in Barcelona’s destruction of Napoli

STAT ATTACK: Interesting stats from the latest round of Conference League games

STAT ATTACK: Interesting stats from the latest round of Conference League games