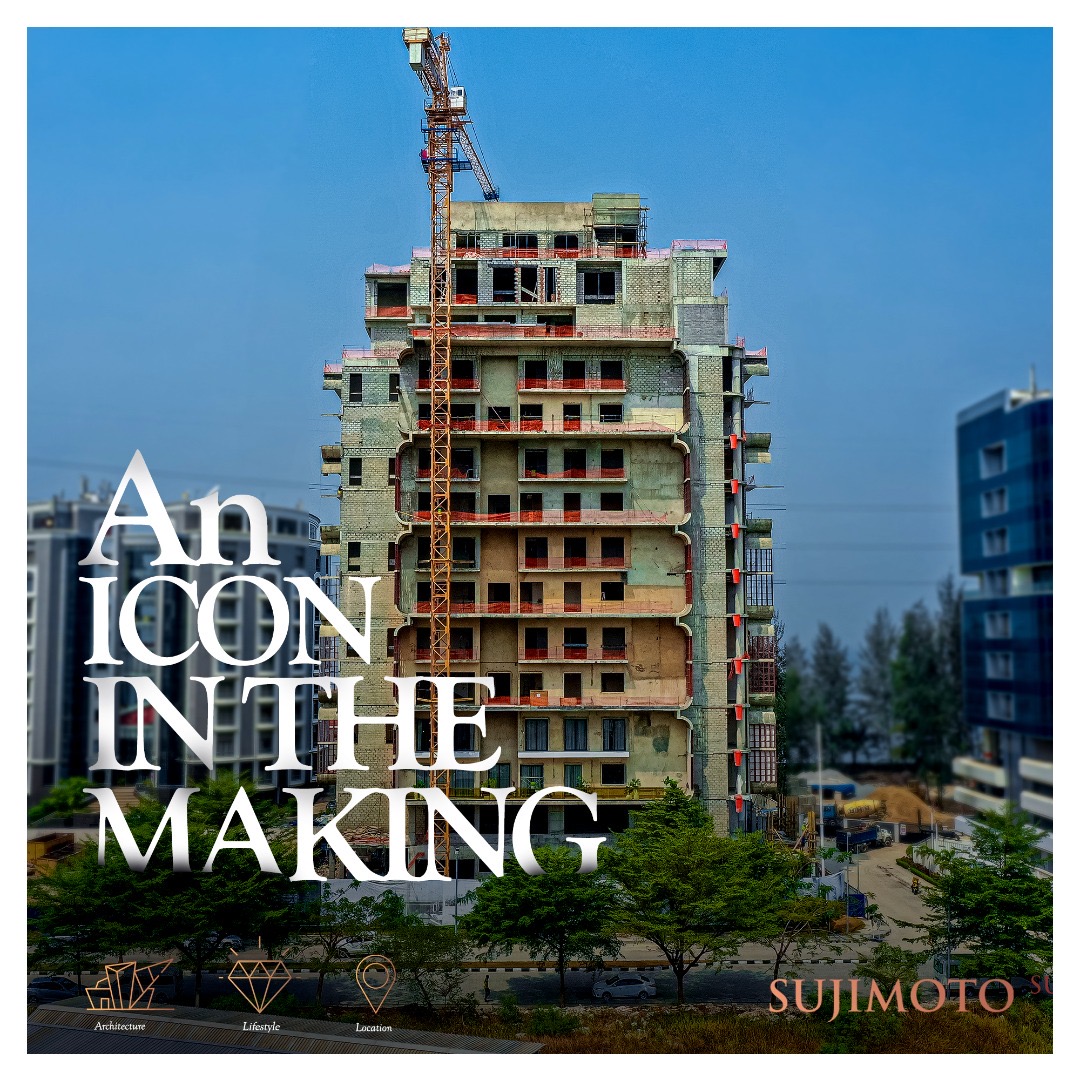 “Suji, if I don’t get my money, I would have to report you immediately. I will prosecute you to the fullest extent of the law”

This was the message I received from a friend of mine who had entrusted us and bought a project offplan from us. He was not patient enough because he was yet to see the building rise, forgetting that just like the Chinese Bamboo tree, the bulk of the work in a high-rise building is in the preparation, design, approval and foundation. 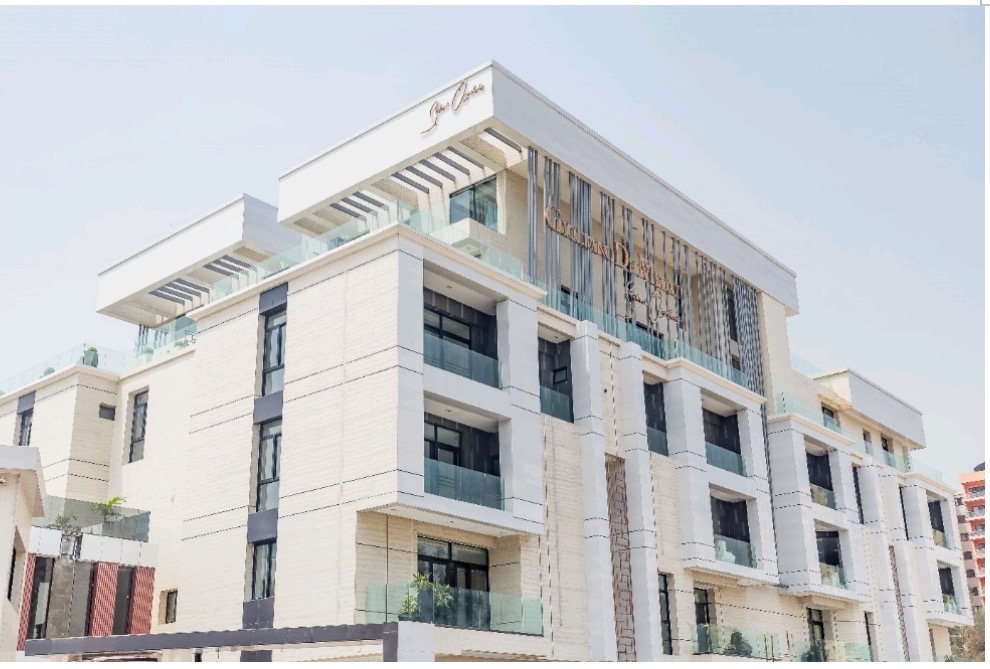 One hot Saturday afternoon, I had visited the Giuliano site during its construction when a man drove into site, in a Toyota Corolla, cladded in a short and looking very simple. No sooner had he parked his car than he started asking a lot of questions while admiring the building.

“Chai, This building is growing very fast! I like the building process and the structure. Are your form works DOKA? What type of blocks are you using? What is the mix ratio of your concrete? This is the best I’ve seen around here”. 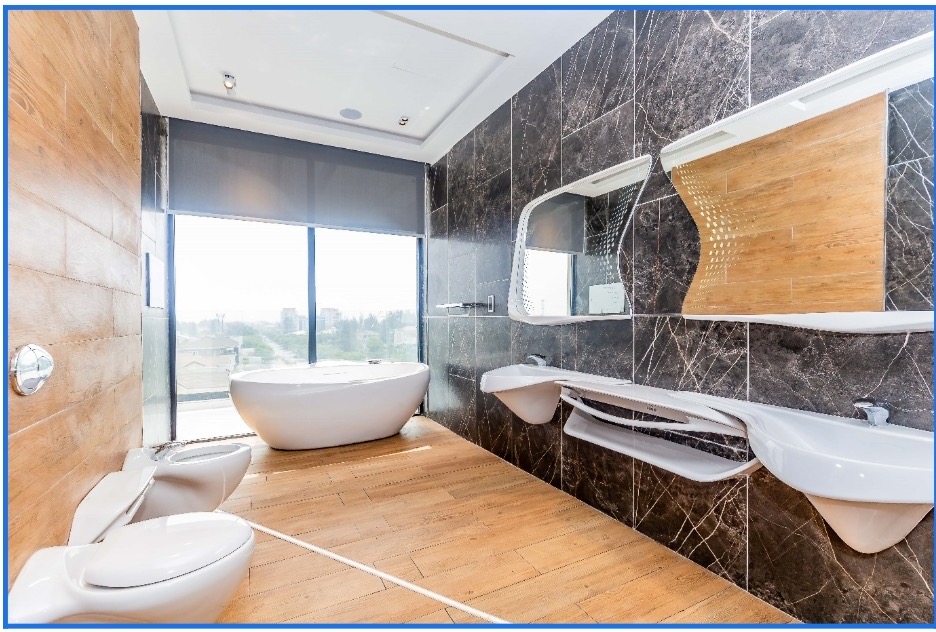 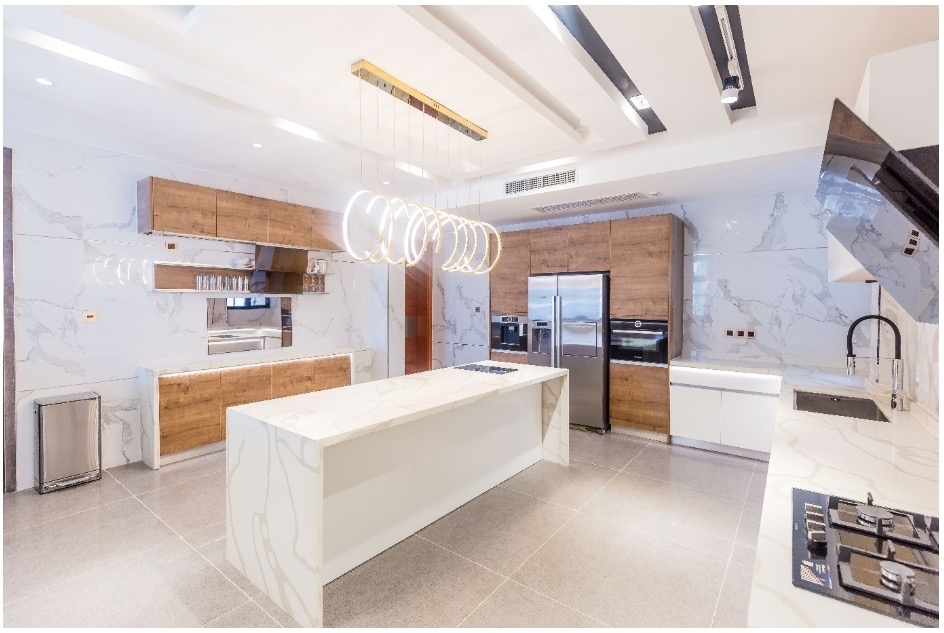 With the way he was talking, I actually thought he was a developer and I was hesitant at first about giving him a tour of our project because most developers do this to steal competitors’ trade secrets. I didn’t mind because at Sujimoto we keep innovating. So, I finally succumb to my passion for what I do, and took him round so I could also see the progress of the work.

Two hours after the tour, he told me that this project was almost done and he was looking at investing some money.  I spoke passionately to him about our new projects, the features and facilities and what they would look like upon completion. I showed him the land across the street, though there was no building but he could visualise the outcome. He took interest and said he would see me in my office on Monday. True to his words, he showed up on Monday with a request to buy 2 units. As at that time, we were selling one unit for 500 million but we were still finalising on the drawings and the permit. I explained to him what the project would look like and he trusted the project, loved it. 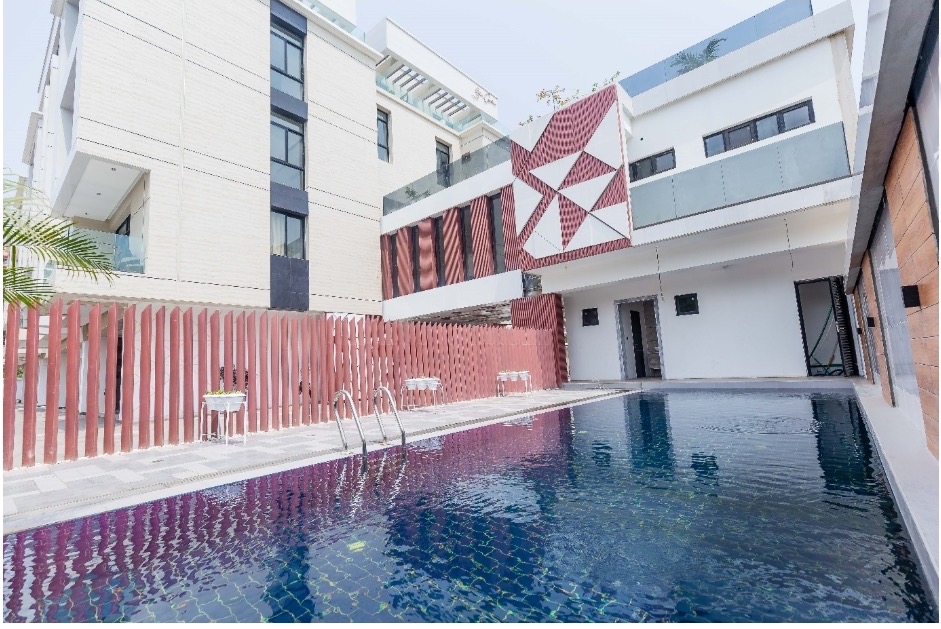 I told him I couldn’t sell each unit for 250 million but as an Igbo man, he ensured he convinced me, until I gave him for 300 million. 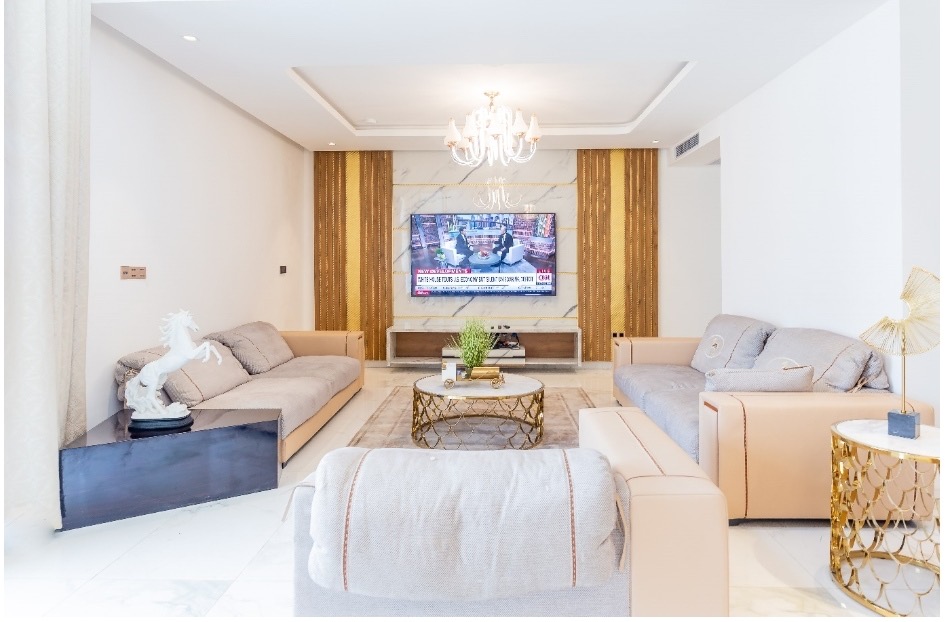 Right on the spot, he gave me 100 million. It was quite baffling because I wasn’t expecting it. Also, it came as a surprise to me because this was someone that I just met a few days ago, he’s heard about Sujimoto but he doesn’t know me so much, yet he trusted us to pay for a building that we had not even started.

A week later, the man came back and said he doesn’t want the 2 units anymore but will only take 1 unit. I consented to his request but told him the price would change. However, after much negotiation, I left the price at the initial offer.

We moved to site and started preliminary work. Around that same time, we had a major event to celebrate our 5th anniversary as an organisation, and a 700million naira loan to payback. By the time we were done with all our deliverables, we were cash strap. It was a very tough period for us as an organisation but we kept afloat through sustained perseverance, diligence and a strong attitude of never-giving-up.

The client became very impatient and was always asking, “Why the construction was slow.” We tried to make him understand the kind of work that goes into the foundation of a high-rise building. We erected 102 piles, going 45 meters deep which is like stacking up two Ocean parade tower upon each other. COVID-19 happened and work was slow. However, he asked that we return his money back to him. At that time he had already paid almost 180 million, so we admonished him to exercise patience, that the project will soon commence and the price would increase, but he insisted that he wants his money back and even threatened to report us to the authorities. It was a tough moment for us, we needed money to continue the work and for other things, but we had to call on our principle of integrity and pay his money, albeit instalmentally. 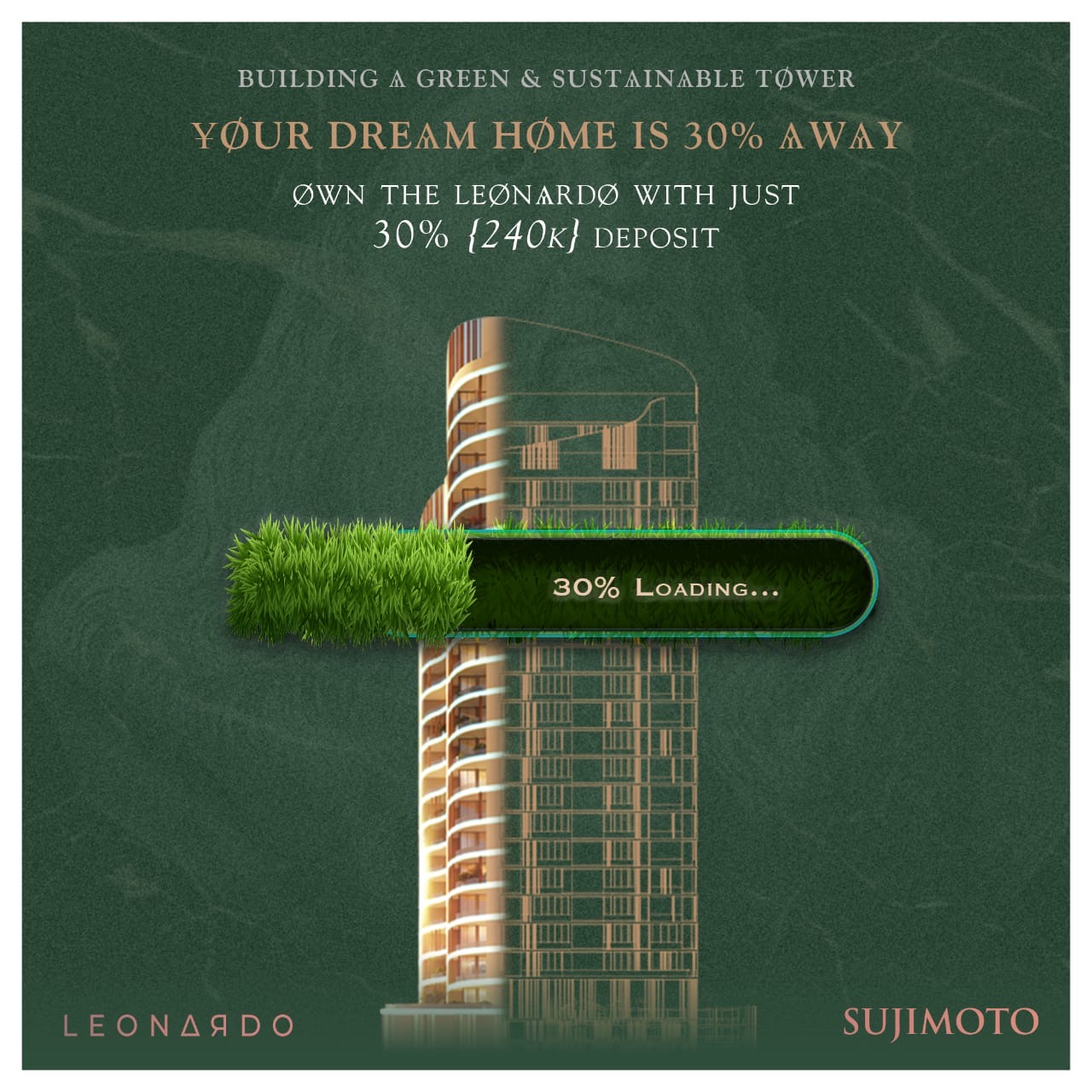 In less than a year and half after he collected his money, the same unit that we sold to him for approximately 300 million naira is now selling for 1.3 billion naira! This is the benefit of buying off-plan.

Off-plan Investment in real estate is the only investment that can move you from 50% to 200% in a short while. However, there are fundamental principles you must look for when buying off plan and the most important is to look for a developer with a high sense of integrity because there would always be unforeseen circumstances like the COVID-19 epidemic, but you need a Developer that will ensure your investment is safe irrespective of what happens.

These are the things you should look for when trying to buy off-plan.

2. Look for developer with a strong sense of integrity;

4. Look out for a developer that can deliver on projects and within agreed deadline (In unforeseen situations, unstable economy, Kalo-kalo system of our forex market, patience is a virtue);

Our next project, the LeonardoBySujimoto, a luxury high rise waterfront building in the heart of Africa’s most expensive square metre – Banana Island, set to be the number one address not just in Nigeria, but also in Africa. With top of the range amenities and unrivalled features, the Leonardo has sold over 25% even before we break ground and the price has gone over 120%. At the moment, the 2 Bedroom is sold out with only 2 units left, but the 3 Bedroom is selling for $1m and the 4 bedroom for $1.2 m. When we break ground in few weeks, the 3bedroom that is selling for 1m will sell for $1.2m and upon completion is estimated to sell for $2.5m 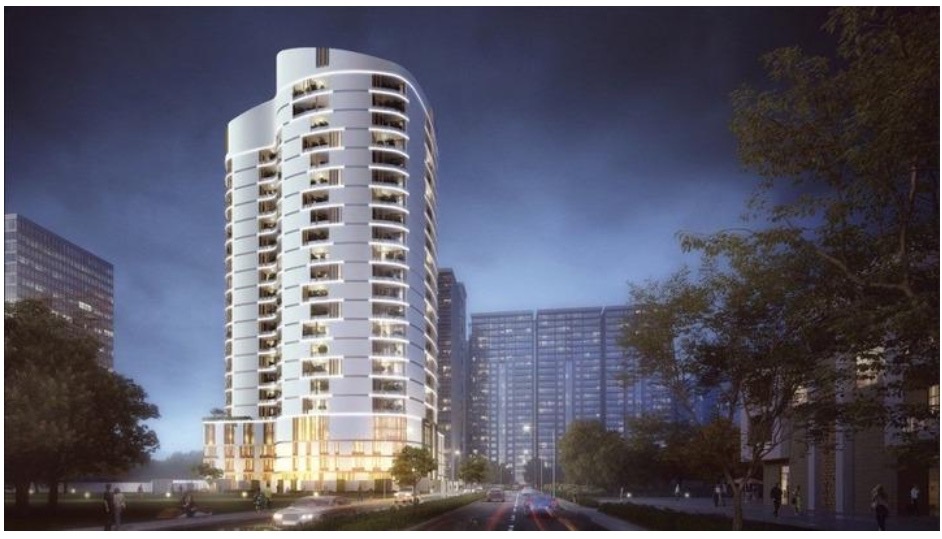 As LeonardoBySujimoto gradually rises, while procrastinators are still wondering what the project is about, smart investors who have already taken advantage of this unique offer, have seen an increase of  about 120% ROI. It is important to understand the Ikoyi/Victoria Island real estate market, while the one of the best and most expensive 3 Bedroom Apartments in Ikoyi are selling for between $1.5m to $3m, we are optimistic that with the features and facilities we would have at the Leonardo, the project will definitely beat the best not only in Nigeria but the whole of Africa.

We have researched, seen and visited the best projects in Ikoyi, Eko Atlantic, Cape Town and Sandton. What we have done is to design a building that beats the best.