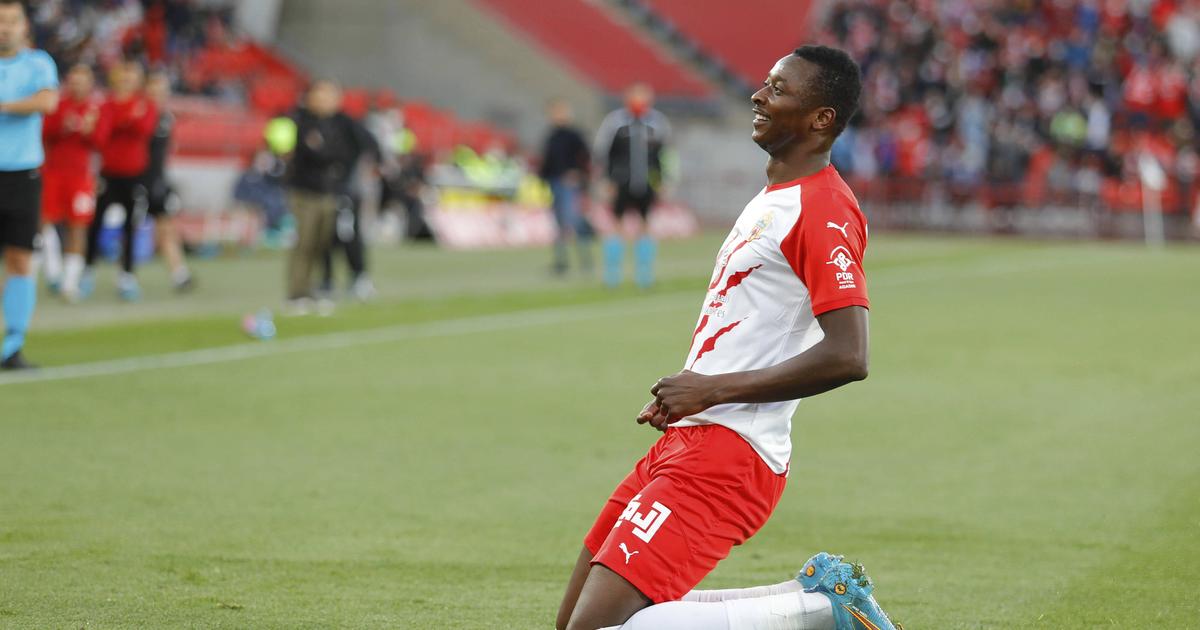 
The Super Eagles forward opened the scoring after 12 minutes when he controlled Francisco Portillo’s pass and finished with a right-footed shot into the bottom corner.

In the 34th minute,t he visitors equalized through a powerful Ricard Sánchez effort from just inside the box.


Almeria dominated the rest of the first half and should have gone back ahead, but the Lugo defence remained unfazed by their flurry of shots.


Shortly after the restart, Umar was at it again. The Super Eagles target man combined again with Portillo to score his and Almeria’s second goal.

Lugo’s Pablo Claveria equalized for the visitors with a powerful right footed shot from outside the box, which flew into the top corner.


Almeria man Sergio Akieme tried his luck from range, and it paid off when Claveria did the unimaginable and turned the ball past his goalkeeper to hand the home side the lead.


With less than 10 minutes to go, the visitors levelled the scores again with a powerful header from close range by José Ángel Carrillo.


The match finished level with Umar winning the player of the match award for his brace. The Super Eagles forward will hope to keep up his hot streak as the national team prepares for their World Cup qualifiers playoffs with Ghana at the end of the month.