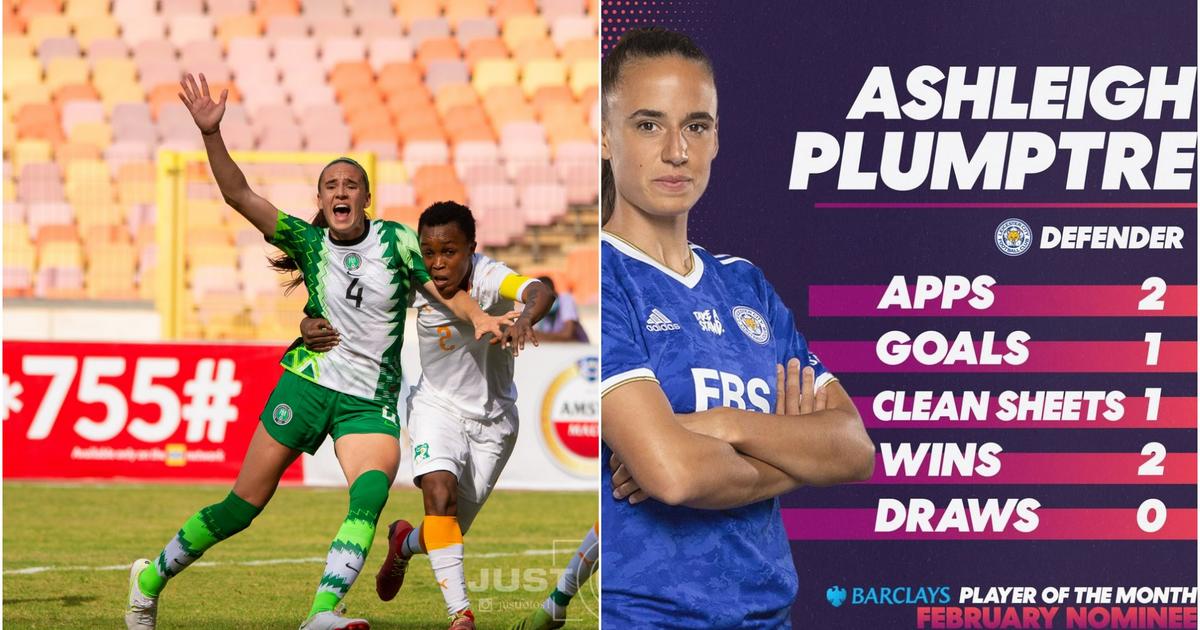 Plumptre was nominated for the award on Monday, February 21, 2022. The 23-year-old Plumptre is nominated along with Chelsea stars Jess Carter and Ann-Katrin Berger.

Plumptre made two appearances for Leicester in the month of February. She played a key role in defense as Leicester City won both games in February.

Plumptre in the two appearances helped Leicester keep one clean sheet and contributed one goal.

In the 3-0 victory against West Ham, Plumptre’s goal for Leicester City helped them surge above Everton.

Her second appearance was in the 2-1 victory against Birmingham in which she was outstanding.

Plumptre is with the Super Falcons ahead of their 2022 Africa Women Cup of Nations (AWCON) second leg qualifier against Ivory Coast.

The Leicester defender put in an amazing performance as the Super Falcons recorded a 2-0 victory against Ivory Coast in the first leg played at the MKO Abiola stadium on Friday, February 18, 2022.

Plumptre is expected to be in action when the Super Falcons battle Ivory Coast for an AWCON ticket on Wednesday, February 23, 2022.