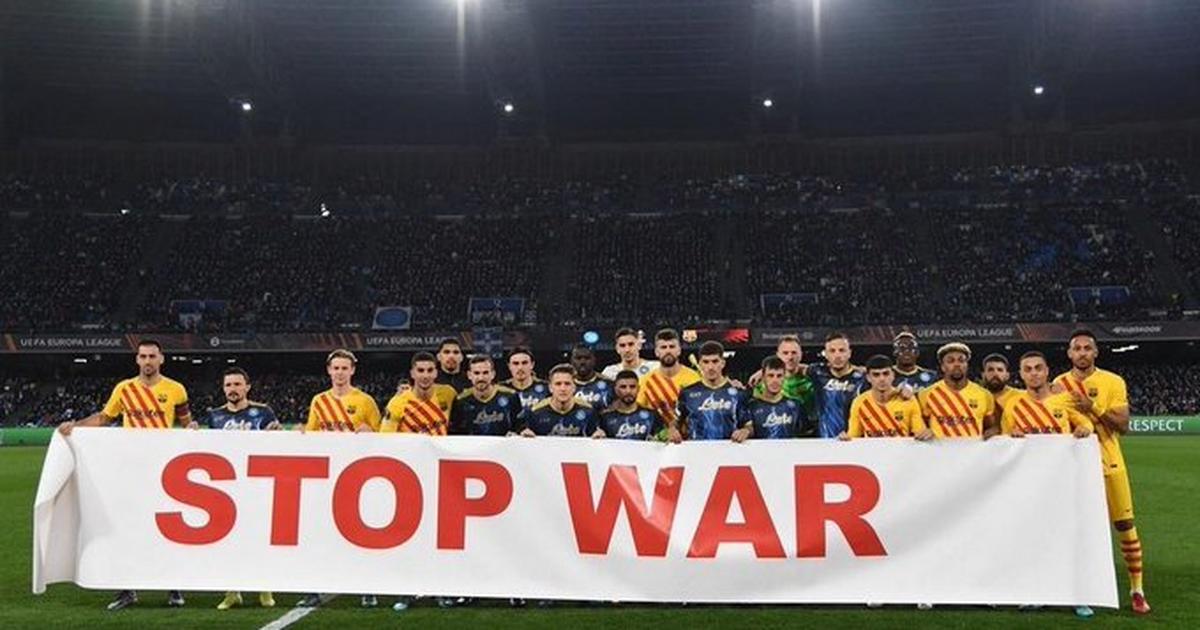 European football’s governing body UEFA was one of the first to condemn the Russian invasion and has revealed plans of an emergency meeting to discuss the recent development.

“As the governing body of European football, UEFA is working tirelessly to develop and promote football according to common European values such as peace and respect for human rights, in the spirit of the Olympic Charter.

“We remain resolute in our solidarity with the football community in Ukraine and stand ready to extend our hand to the Ukrainian people.” the body said via a statement obtained on it’s official website.

We then saw the football associations of Poland, Sweden, and the Czech Republic release a joint statement regarding upcoming international matches scheduled with Russia.

All three countries are threatening to boycott the matches and have called for them to be called off completely.

The logo of the state-owned Russian gas company was removed from the team jerseys and Schalke have said that it will be replaced by lettering reading ‘Schalke 04’.

In the Europa League, players from both Barcelona and Napoli came together to hold up a banner that read ‘Stop War’ ahead of kick-off.

Slavia Prague players show their support for Ukraine ahead of kick-off in their Europa Conference League clash, as they wore Ukraine shirts before their match with Fenerbahçe.

However, the most touching moment of the day belonged to Atalanta playmaker Ruslan Malinovsky.

Malinovsky was in imperious form as he scored twice in a 3-0 victory over Olympiacos in the second leg of their round of 32 tie in Greece.

The midfielder showed support for his country by revealing a ‘No war in Ukraine’ message on a t-shirt under his jersey after scoring in the Europa League on Thursday night.

As the situation continues to develop more sports and athletes around the world have since spoken out against the Russian aggression.