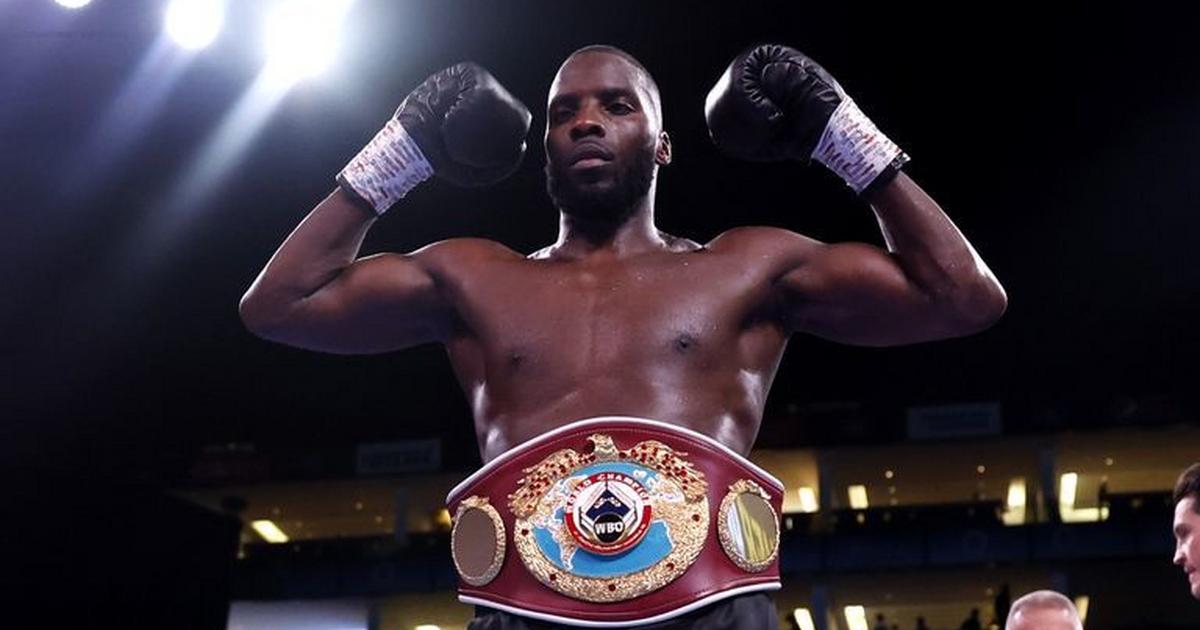 After dominating the early rounds, it appeared as if Okolie would deliver the knockout he had earlier promised.

Michal Cieslak was determined to go the distance and survived the initial barrage from Okolie, even starting to make his way back into the fight. The Polish fighter seemed to be looking for a counter punch, but Okolie read his opponent and was able to land a big right hand.

Cieslak then tried holding off Okolie, with the referee having to separate both boxers as they became intertwined.

Okolie roared the crowd into life in the fifth round when he found a way through Cieslak’s defence. A powerful right hand caught Cieslak on the chin forcing him to drop to one knee.

It looked like business as usual, but Okolie took his time to follow up, landing another powerful right shot right at the end of the round that had Cieslak in trouble.

As the rounds wore on, Okolie looked a bit more anxious as Cieslak looked to buy time through time-wasting tactics.

The fight deteriorated into a hugging match as Cieslak tried his best to smother Okolie, who at this point had been reduced, to throwing left jabs with little room to throw his big shots.

There was a bit of drama in the ninth round as Cieslak finally landed his counter punch. As Okolie wound up for one big left hand, he was caught by a left from Cieslak.

After successfully sparring with Anthony Joshua, it is now speculated that Okolie will make a debut fight at heavyweight before returning to unify the Cruiserweight class.