Home » Sports » ‘VAR Na Wa..’ and other Reactions to Adrien Rabiot’s Dreadful tackle on Samuel Chukwueze in Villarreal vs Juventus

‘VAR Na Wa..’ and other Reactions to Adrien Rabiot’s Dreadful tackle on Samuel Chukwueze in Villarreal vs Juventus 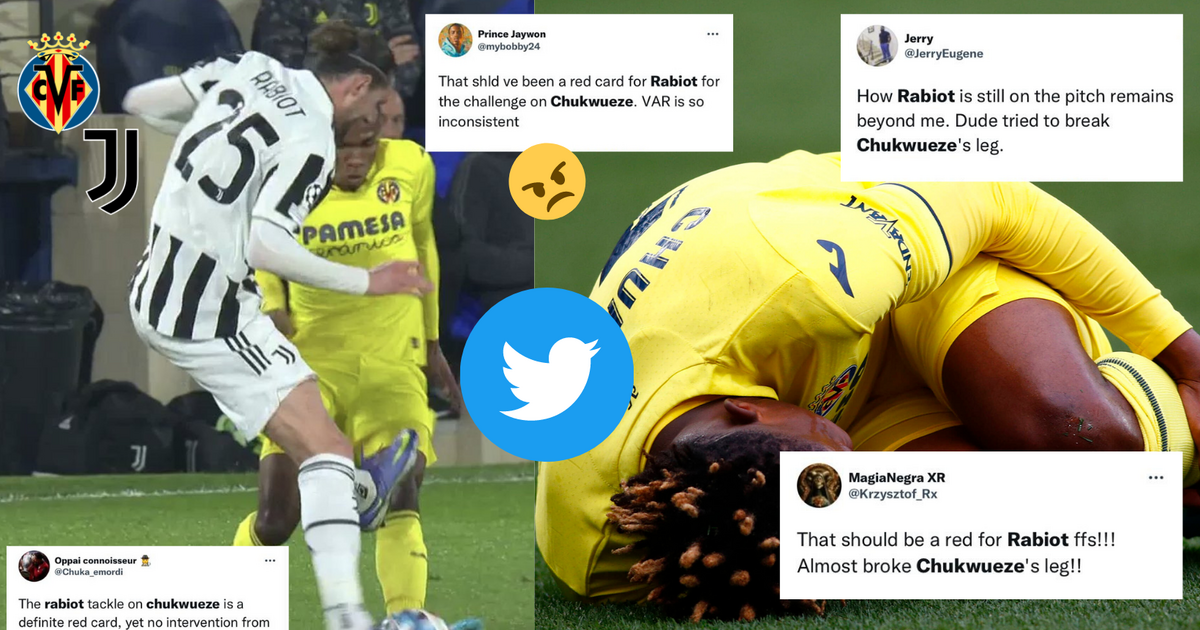 The Yellow Submarines were handed an early blow after Juventus striker Dusan Vlahovic’s dramatic opener just 32 seconds into kick off.

Despite a dominant first half from Villareal, they never managed to find a way back into the game until the second half, when Midfielder Dani Parejo levelled matters in the 68th minute.

Both sides would eventually settle for a draw going into the second leg completely balanced as the away rule is non-existent anymore.

One of the key highlights in the game was Juventus midfielder – Adrien Rabiot’s ugly tackle on Villareal winger Samuel Chukwueze in the 73rd minute.

In what was deemed as a very nasty tackle, Rabiot was only shown a yellow, despite it appearing that the French International attempted to hurt the Super Eagles star in an extremely rash challenge.

Even though Chukwueze was anonymous for majority of the match, fans have now reacted on social media to Rabiot’s tackle as well as questioning yet again the authenticity of the Video Assistant referee (VAR)

Here are some reactions below: