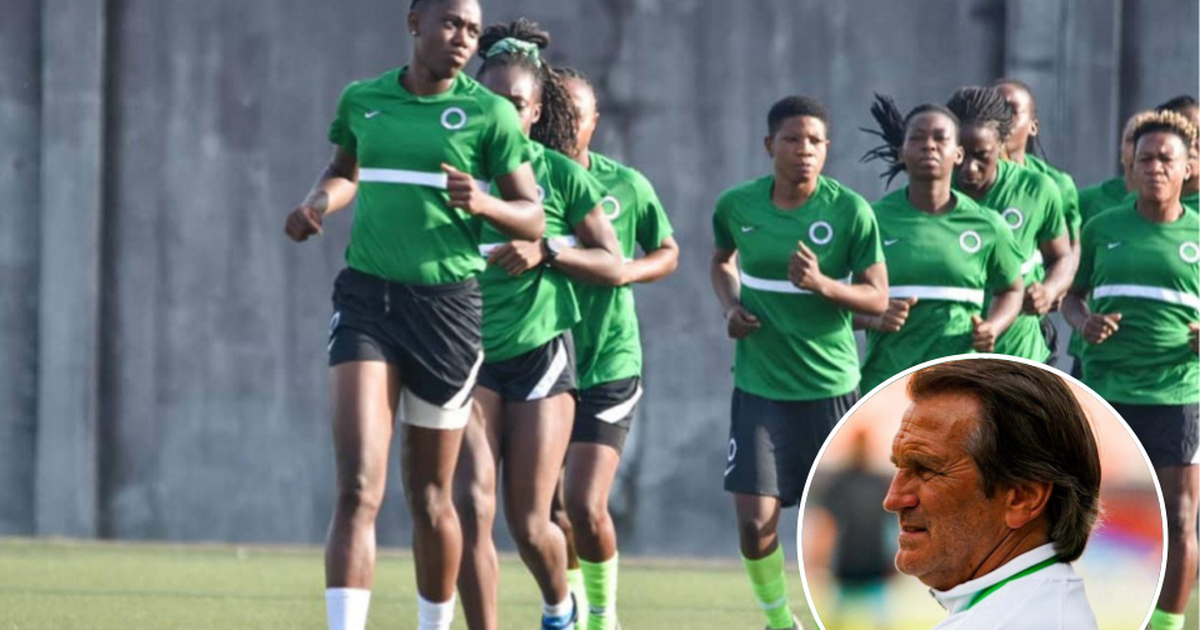 This much the 65-year-old American coach revealed in a statement made available to Pulse Sports Nigeria via an NFF communique.

Days ago, coach Waldrum successful guided the Super Falcons to their 12th Africa Women’s Cup of Nations, AWCON, after seeing off a stubborn Cote d’Ivoire in the final round of the qualifiers.

The Falcons defeated their counterparts from the Ivory Coast, Elephants, 2-0 in Abuja in the first leg and 1-0 in Abidjan in the second leg days later to book their ticket to the tournament in Morocco later this year with a 3-0 aggregate victory.

Speaking on the qualification, the American coach expressed his happiness that the team met their ‘initial mandate’ but was quick to add that the plan is to build a Super Falcons that will compete with the very best in the world.

“I am happy that we have qualified for Morocco, where our first goal will be to qualify for the Women’s World Cup in Australia and New Zealand next year summer,” Waldrum said.

“We will continue to work on the project, getting young players who are good enough to compete with the old guard and pick the best team always. I like the spirit of the players and their commitment to the cause, and it is an incentive in itself to keep working hard at the project.”

“Our initial mandate as given by the NFF was to qualify the team for the Women AFCON in Morocco. That, we have achieved.”

“However, in the preparation and process, we also had in mind the imperative of building a squad with the strength, stamina and technical balance to give the world’s best teams a good run for their money, any day and anywhere.”

In his efforts to build a competitive and technically balanced team that can indeed give the best a run for their money, Waldrum handed four players their debuts during the all-important final AWCON double-header against the Ivory Coast.

The quartet of defender Ashleigh Plumptre (who has trained with the Nigeria team since August 2021 before FIFA gave a go-ahead to represent Nigeria at senior level in December 2021), midfielder Amanda Mbadi and forwards Ifeoma Onumonu and Esther Okoronkwo were handed their maiden debuts in the games.

The ladies proved to be decisive additions to the squad as the Falcons went ahead to avenge that defeat in the 2020 Olympics Women’s Football Tournament qualifier.

Plumptre became popular amongst the fans after her brilliance helped the Falcons to two clean sheets, while the goals that sent the Ivorians packing came from the boots of the attacking duo, Onumonu, who scored the goals in the first leg, and Okoronkwo, scorer of the only goal in Abidjan.

Coach Waldrum concluded that with what he has seen in the Falcons, the team has what it takes to do great things.

“The girls are bold, inventive and help one another out there on the pitch. It is a good picture that brings good feelings and you have the conviction that this is a team that can do great things.”

Waldrum, a former American professional soccer player who has coached the USA U23 girls as well as the senior women team of Trinidad and Tobago, was signed on by the Nigeria Football Federation in October 2020.

He has since put pen to paper on a two-year extension that will last until after the FIFA Women’s World Cup next year, should the Super Falcons qualify.

A Mouthwatering Pasta Recipe to Try This Week, Courtesy of Ify’s Kitchen

A Mouthwatering Pasta Recipe to Try This Week, Courtesy of Ify's Kitchen