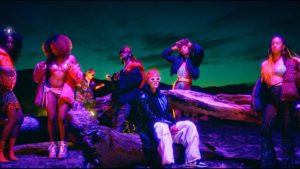 Omah Lay has released a new song “Attention“, which features a collaboration with Justin Bieber and his go-to producer Harv, as well as Avedon.

The single, which is off Omah Lay’s forthcoming debut album “Boy Alone,” finds Bieber in unknown terrain as he croons into his lower range.

This isn’t Omah Lay’s first collaboration with Bieber; they both appeared on the Masterkraft “Peaches” remix.

Check out the music video for “Attention,” directed by Colin Tilley, below.

Stream and listen to “Attention” here.