Home » Entertainment » We All Want Justice for Bamise 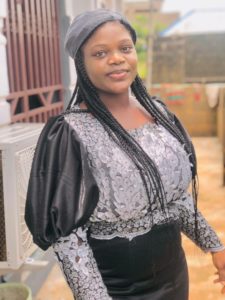 It’s heartbreaking. Bamise, a budding fashion designer, went missing on February 26th after boarding a Lagos Bus Rapid Transit (BRT) vehicle from the Chevron area of Lekki on her way to Oshodi. Today, news filtered in that she was found dead. She was 22.

When she was uncomfortable in the vehicle, she sent messages, videos and voice notes to her friend. Suddenly, her number became unreachable. Later that night, her parents told her friends that she still hadn’t gotten home.

Hi guys please help!!!!!!!!
A friend of mine is missing 😢
She entered a BRT bus from chevron going to Oshodi and since then we haven’t heard from her.
She dropped some VN at informing us of her whereabouts, we tried contacting her after and we have not heard from her

Her family and friends went to the BRT park and also reported the case to the police and it was discovered that the driver of the vehicle no longer lives at his registered address and his phone lines have been switched off.

Today, news filtered in that Bamise’s lifeless body has been found.

Jubril Gawat, SSA to Lagos State Governor Babajide Sanwo-Olu, has confirmed that the bus driver has been found and is detained. He said that the suspect had fled Lagos for the neighbouring state of Ogun.

Man already ran to Ogun State, he was caught there … What a wicked World.

Bamise was planning to launch her business since she had been saving for her industrial machine, and “you only wanted to upgrade and explore your new skill,” her friend, Mercy said about her.

Sharing the story after her demise was announced, Mercy wrote:

Bamise mi,
This wasn’t the plan na, you were going to open your shop, you have started saving for your industrial machine, you only wanted to upgrade and explore your new skill. You felt safe in the government hands and yet they stripped you of safety. Bamise I’m sorry 😭😭😭😭😭

Bamise’s tragedy is similar to that of countless other young women whose lives were cut short by the evils of the world. Stories like Ini-Ubong Umoren, Tina Ezekwe, a 16-year-old girl who was shot by a trigger happy policeman in Iyana Oworo, and Vera Uwaila Omozuwa, a University of Benin student who was raped and murdered on the church grounds where she went to read.

We could go on and on and on.

Our hearts and prayers go out to the family and friends of Bamise. We hope all the culprits responsible are apprehended and she gets justice.