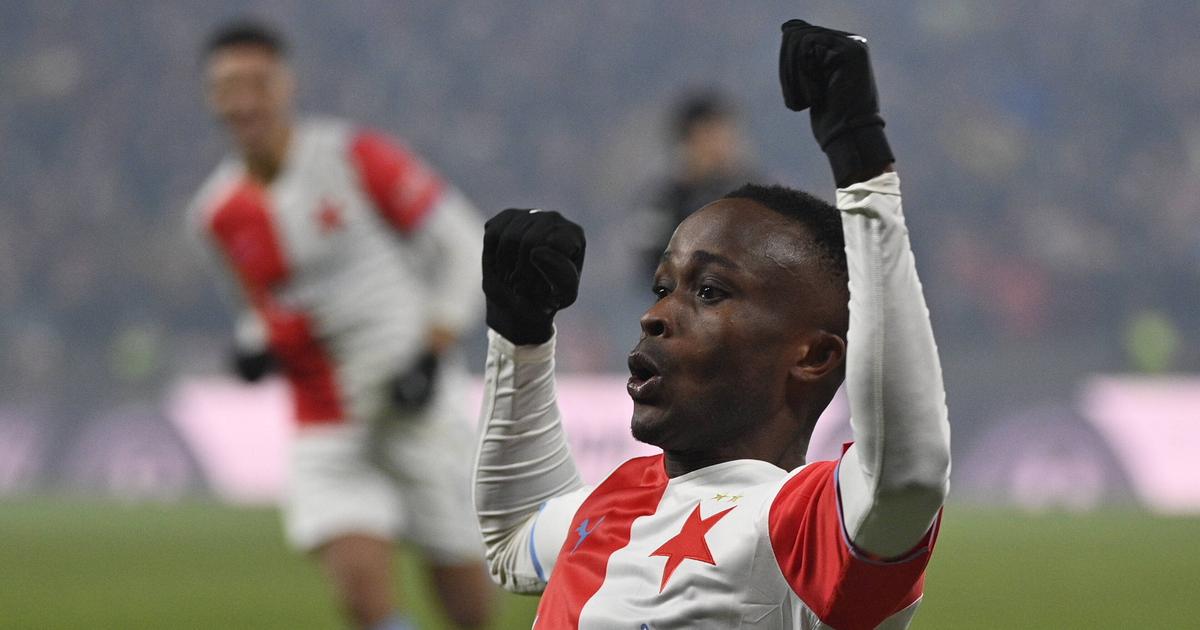 
Sor bagged a first-half brace while Olayinka in the final minutes to give their Czech side a healthy advantage on their home turf at the Sinobo Stadium.


In this last 8 fixture, Sor needed only three (3) minutes to get on the scoresheet against their Austrian opponents, profiting off an Alexander Bah assist.


The Nigerian U20 star added a second goal in the 29th minute to take his European tally to four (4) goals this season.


Sor scored his brace from the four (4) shots on target he managed before he was substituted in the 70th minute.


The Lagos-born striker has now scored eight (8) goals and provided seven (7) assists in 30 appearances in all competitions this season.


Peter Olayinka grabs his 10th goal of the season


Nigerian midfielder Peter Olayinka was also on song in Slavia Prague’s victory, bagging his side’s third goal of the night in the 82nd minute.

Olayinka played from start to finish in the Czech Republic, acing his midfield duties by winning eight (8) of his 13 attempted duels and completing four (4) of six (6) dribbles.


Olayinka is now up to ten (10) goals and two (2) assists in all competitions for the Czech giants this season.


Slavia Prague will travel to Linz, Austria for the return leg of their quarterfinal clash on Thursday, March 17, 2022, at the Raiffeisen Arena.