Home » Entertainment » Zambian woman claims listening to Tekno’s song got her pregnant, demands for child support from the singer

Zambian woman claims listening to Tekno’s song got her pregnant, demands for child support from the singer

A Zambian woman, identified as Rita Mwayanda, has called out popular Nigerian singer, Augustine Miles Kelechi a.k.a Tekno, for allegedly making her pregnant. 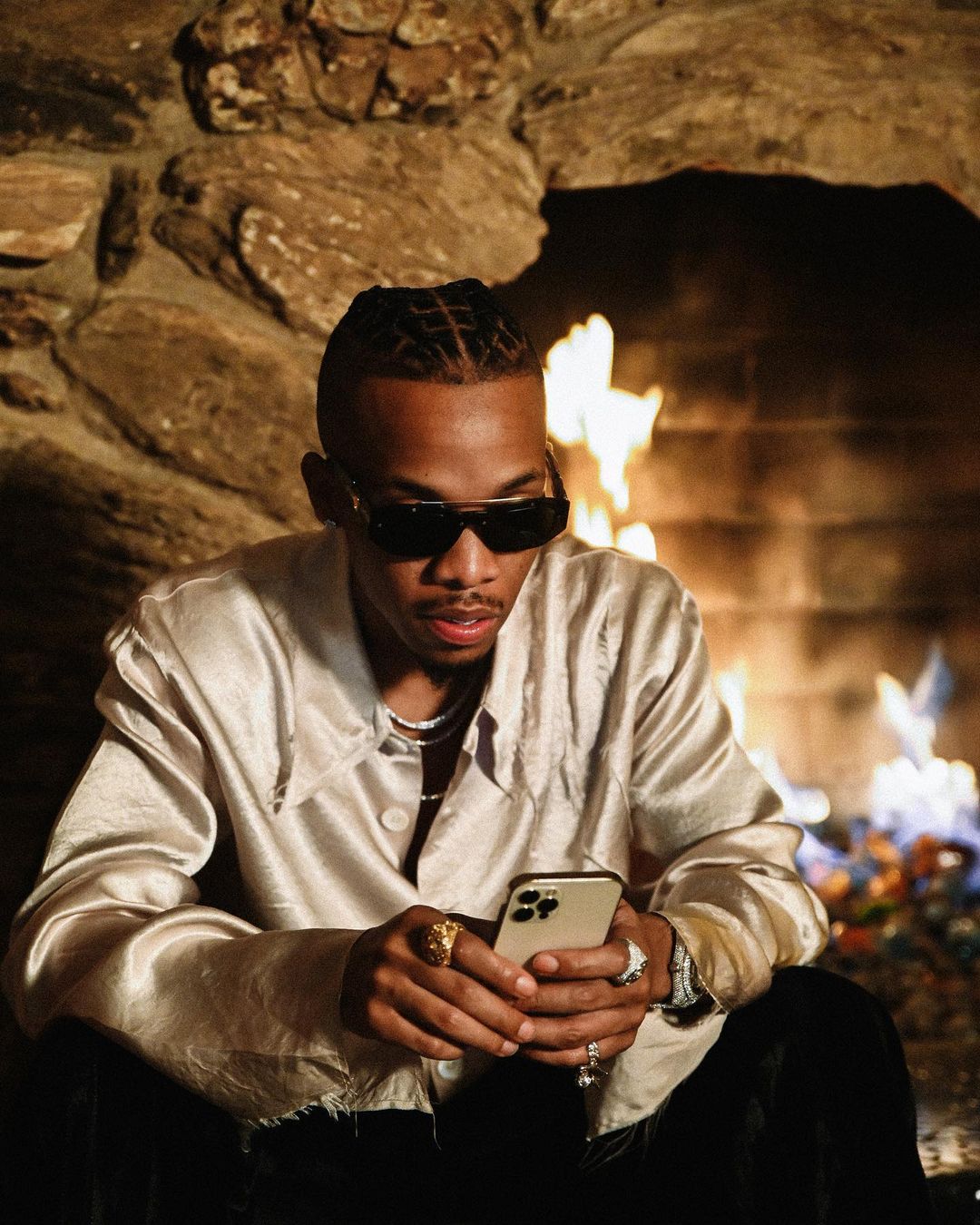 According to Mayanda, she fell pregnant because of her love for the singer’s music. She said when he released ‘Pana’ in 2016, she was so excited and had sex with a man she barely knew, which resulted to a pregnancy.

She further stated that she wouldn’t have gotten pregnant if it were not for the 29-year-old singer, and is now demanding for child support from him. 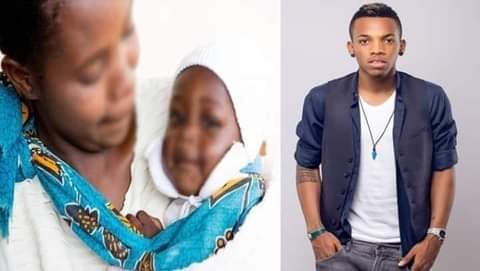 “TEKNO needs to pay Child support for his baby. I cant suffer because of him”- Zambian Woman Cries out.

A Lady from Zambia, ‘Rita Mwayanda’ took it out in public to express how Nigerian musician , Tekno is the reason she has a child, and suffering.

“It was back in 2016”- She explained. “I loved Tekno’s music so much. I would go out to a club just to listen to any song by Tekno. During the month he released ‘Pana’ I got so excited that I slept with a man I didnt know and ended up pregnant. If It was not for Tekno I wouldn’t have this child so he needs to pay for child support.” 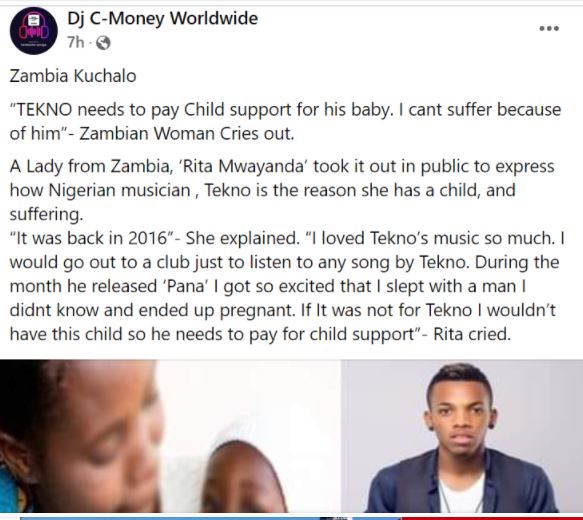